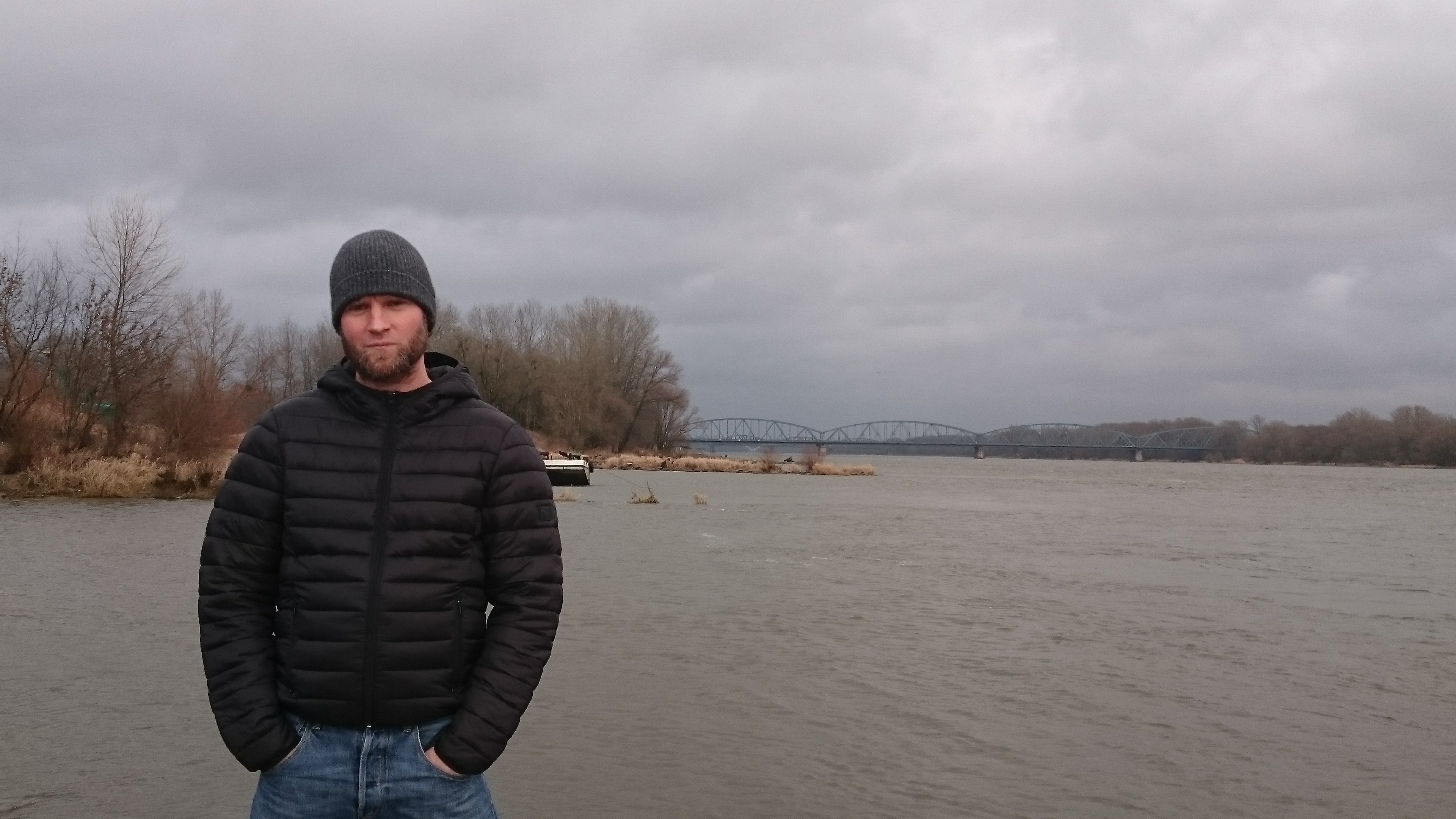 When London musician Sam Jones arrived at the railway station in Toruń, he did not know that this city would become his home for several years, before the end of the same year. Following the suspension bridge over the hazy Vistula River towards the city centre, he felt it was no accident  that this unique place appeared on the map of his first European tour .

He came to Toruń to take part in an annual event under the slogan “Guitar Days”, where the masters and enthusiasts of this instrument had already met several times. This time, the most important guest of the festival organised at the Hard Rock Pub Pamela was Jennifer Batten, known for her collaboration with Michael Jackson. He appeared as support for the well-known guitarist and led guitar workshops. Here he also met Zbigniew “Tony” Olewicz – a Welshman of Polish descent, who was born in a hospital in Wrexham, later changed into an art college, which Sam attended! The previously mentioned Hard Rock Pub club Pamela has become an important place to which the musician will return several times thanks to the hospitality of the owner – Darek Kowalski. He was here again six months later, playing earlier in Ostrów Mazowiecki and Poznań, as part of his second European tour. Forced to cancel a concert in Nice, he decided to visit Toruń again and extend his stay in the city of Copernicus. This time, he took to the Hard Rock Pub Pamela stage as part of their yearly festival organised there, bringing together fans of guitar music. Among the artists performing on that day was also Ilona Szumańska, now the fiancée of Sam!

This is how the journey of several years began, which brought many unexpected stories and encounters in the life of a musician. They initiated the most interesting year of Sam’s stay in Poland during 2017, which resulted in establishing cooperation with Relco London, as well as the creation of Angry Town. Through this activity, Sam tried to transfer to the canvas of the Polish music scene elements of an the important Mod subculture from British history.

The Toruń adventure began fully when in December 2016, just before his 37th birthday, Sam made the final decision to leave Great Britain. He got on a bus, having only his guitar and a small suitcase of clothes, but with relief and curiosity about what this trip would bring him. This book is about how all this unfolded, and is only a chapter in the vastness of many stories. 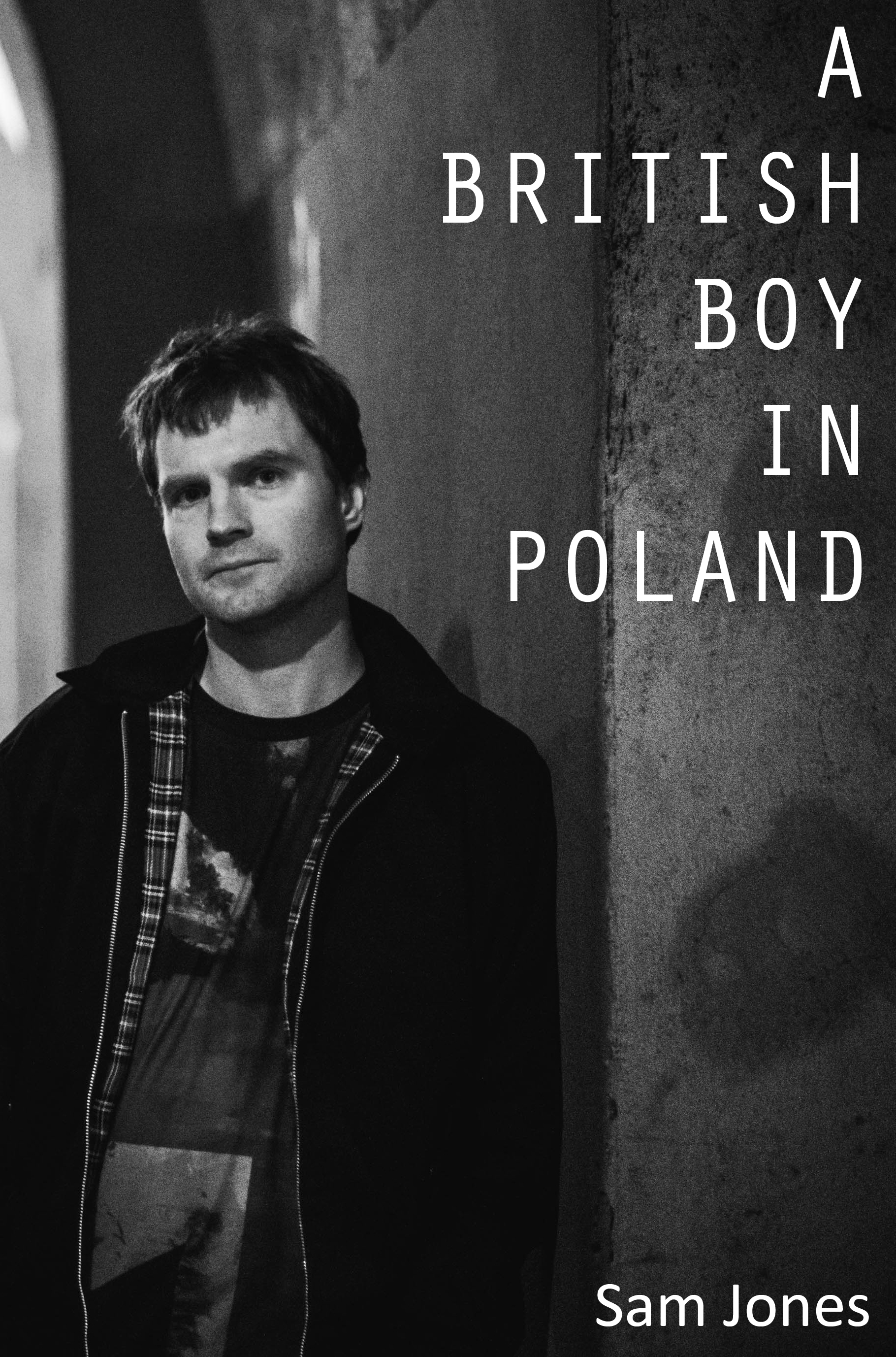 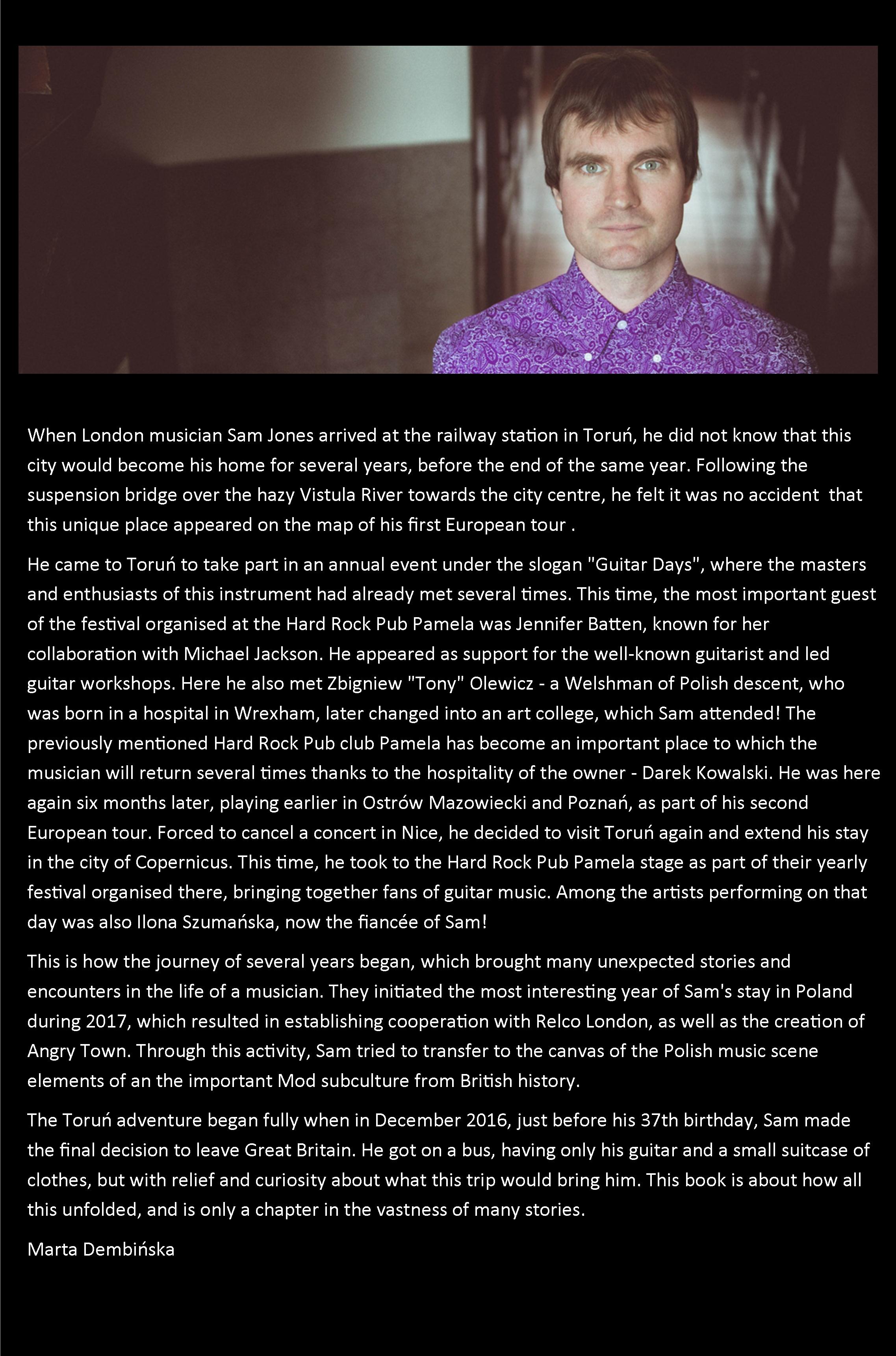