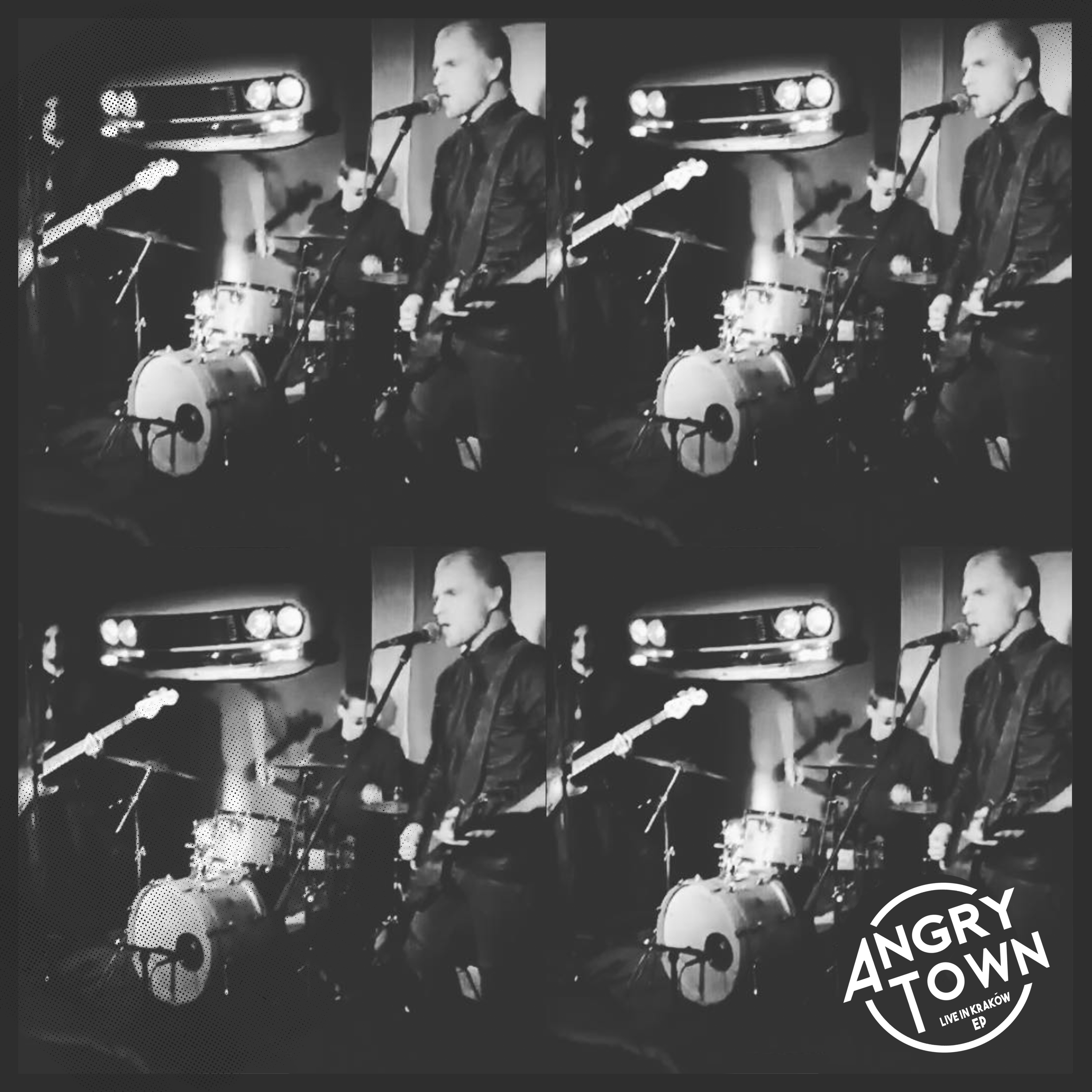 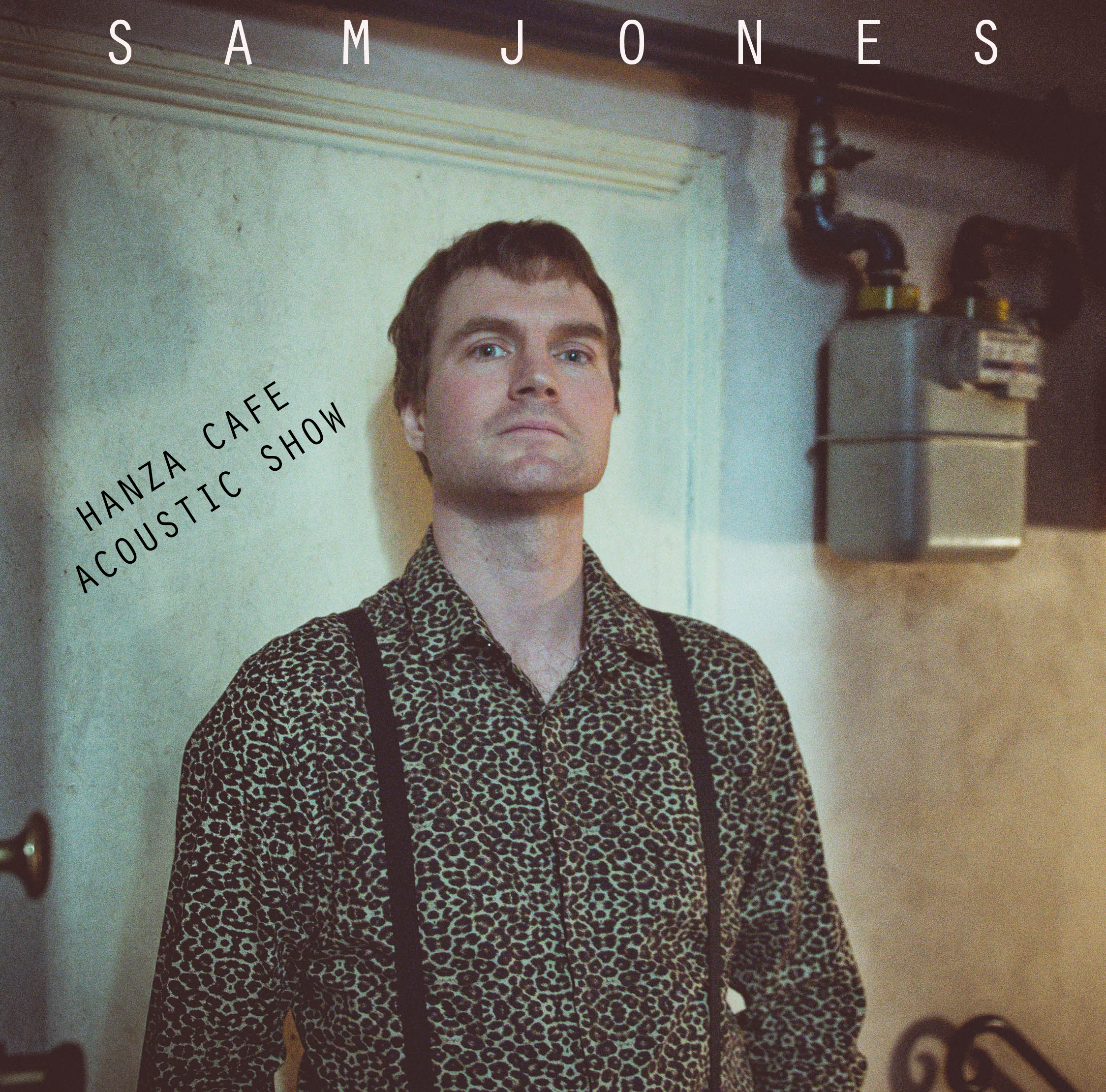 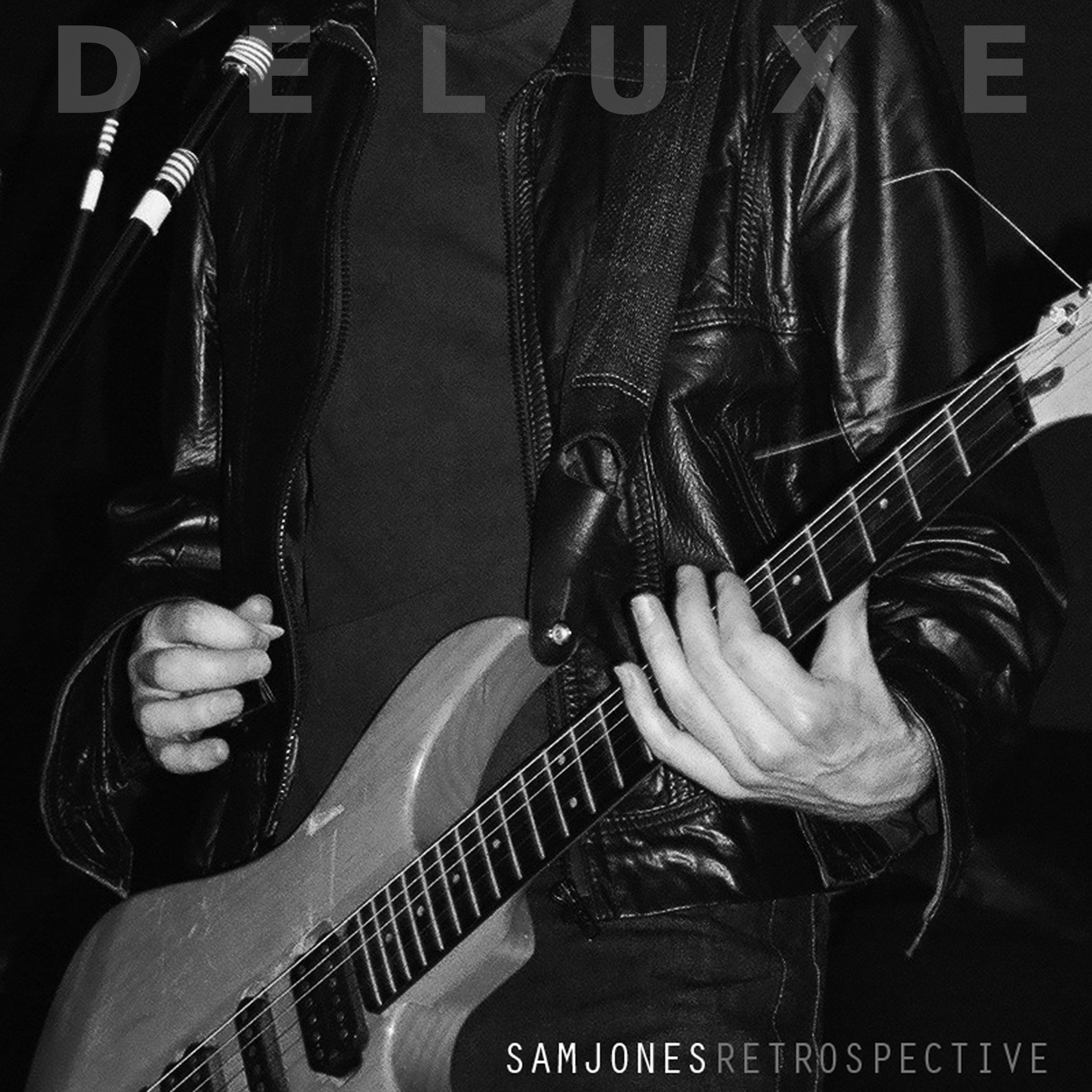 *Not included on first edition of album 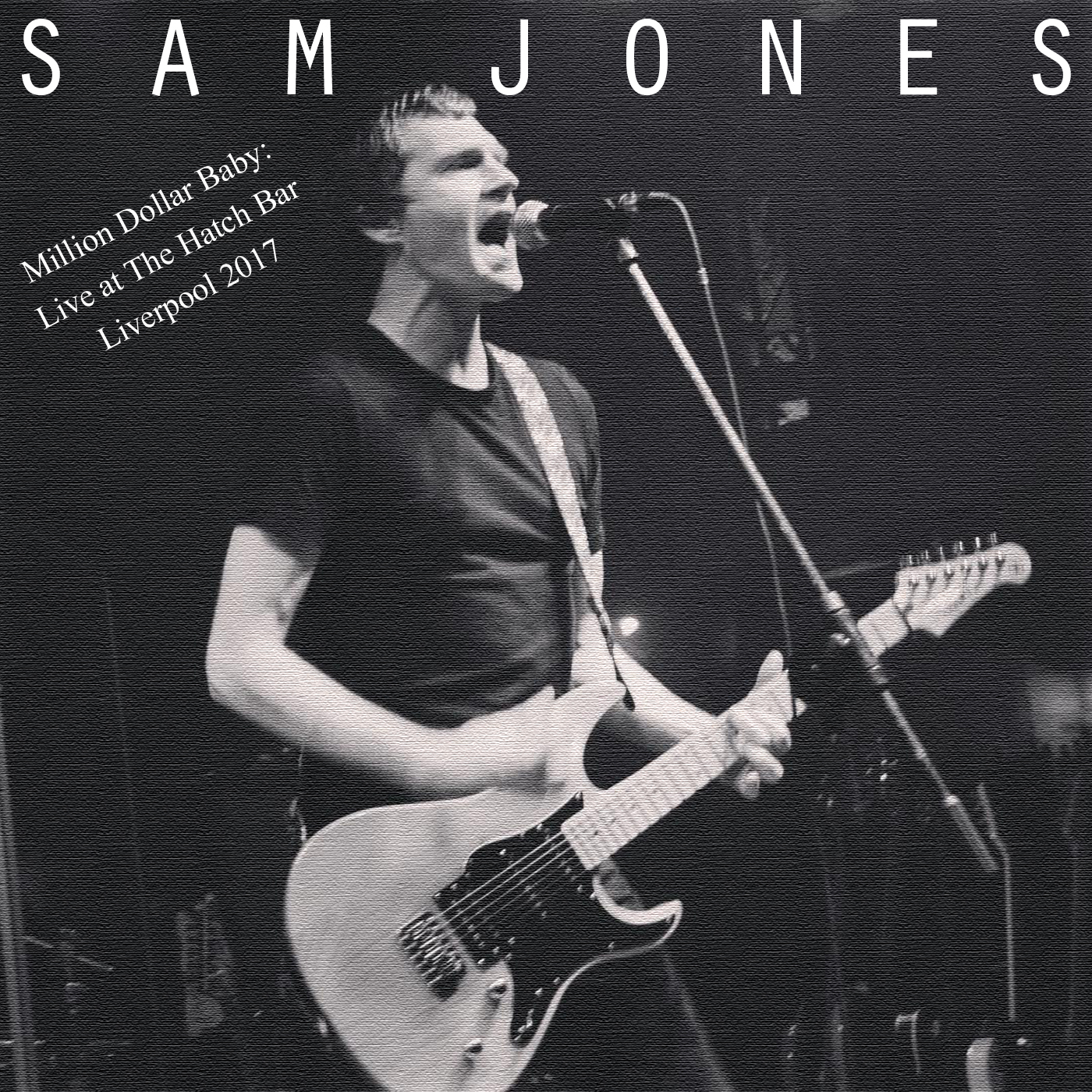 Million Dollar Baby / Under Glass / Fire In The Rain / Boredom Drug / New Rose / When The Howling Wind Comes Back / On My Way / The Way She Is / December’s Child / Mr. Joke Shop Owner / Gotta Tell Me / Hell’s Bank Note / Trigger Red / The Walker / Hit The Floor

Special thanks to Lucas O’Heyze for recording set 1. 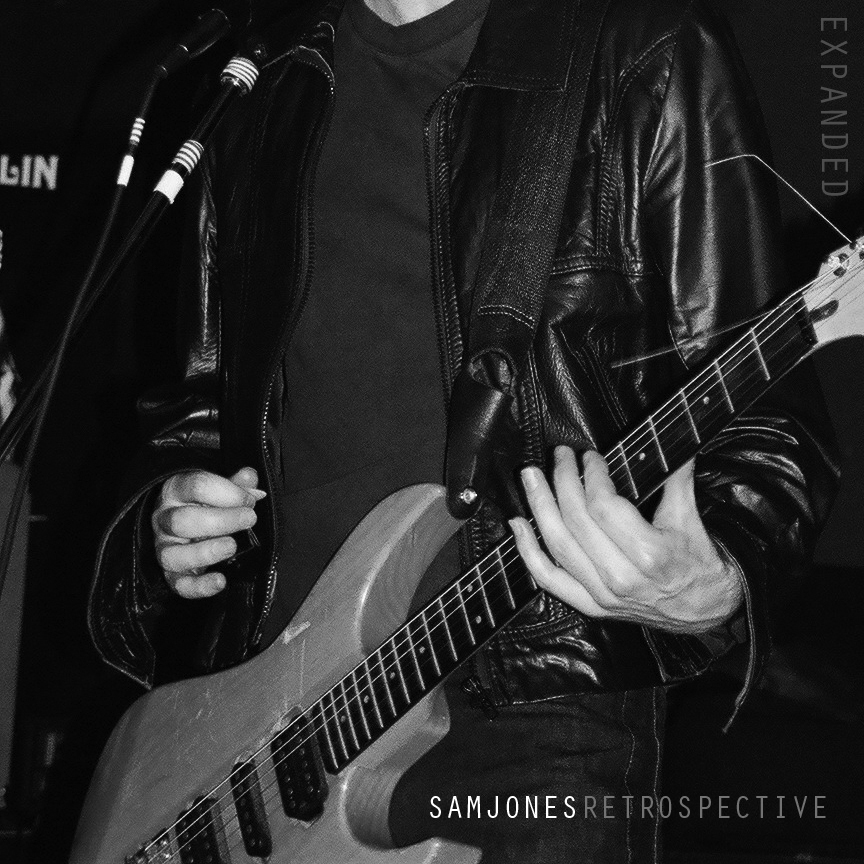 An album of full-band electric tracks reflecting the long term musical activity of British singer/songwriter & guitarist Sam Jones. Compiled from studio recordings made 2002-2014 under the names Sam Jones, The Berlin Lights & The Artists Rifles. The album is being released to promote new Poland-based band ‘Angry Town’ who are busy bringing these songs to the stage. Some notable contributors to the album include Charlie Harper of UK Subs, Brian James of The Damned, PJ of Anti-Nowhere League, Malcolm Joseph of Grace Jones band, Robbie Kelman of The Dripping Lips, Richard Marcangelo of Manfred Mann’s Earth Band, Danny Ward of Gengahr & Tony Piper of Vice Squad. This 24 track expanded edition is limited to just 250 hand-numbered/signed copies with slightly different artwork to the standard 16 track version. It features all 3 versions of the anthemic ‘Hit The Floor’ on CD for the first time.

UK Subs followers will recall that Time & Matter Records released a limited edition 7” single back in 2014 entitled ‘Featuring Charlie Harper’, of which one side was Sam Jones’ ‘band’ The Berlin Lights’ ‘Hit The Floor’ track which included some great harmonica from the Subs’ main man.

Having only previously appeared on the aforementioned vinyl release, ‘Hit The Floor’ is now set to be available on CD for the first time on this compilation of Sam Jones previous recordings, via his own imprint Camouflage Records.

Sam is currently working on recording with ‘Angry Town’, with their band line-up featuring John Robb, of The Membranes, Goldbalde and the ‘Louder Than War’ website/magazine fame.

Time & Matter have a handful of these 24 track ‘Retrospective’ promo prototype/CDr CDs in their webstore, which includes the Charlie harmonica infused ‘Hit The Floor’ 7” as well as two other versions of the track. The promo CD also includes Sam’s work with Brian James of The Damned.

‘Retrospective’ is a collection of full-band electric tracks reflecting the long term musical activity of British singer/songwriter and guitarist Sam Jones. A total of 27 tracks compiled from studio recordings made between 2002 and 2014 will be released; all the tracks were originally recorded as Sam Jones, The Berlin Lights or The Artists Rifles. The album is being released to promote Sam’s new band Angry Town who have been busy bringing many of these songs to the stage, some for the first time.

The album is mainly produced by Sam Jones who, in particular oversaw the artistic direction of The Berlin Lights’ recording, mixing and editing sessions. Malcolm Joseph is credited as producing ‘Pay Your Dues’, ‘Nightgirl’ and ‘Black River’ as well as playing bass on the latter two tracks. ‘Fire In The Rain’ was produced by none other than the aforementioned punk pioneer Brian James.

The connection with Brian James runs deeper as ‘Where The Wild Wind Goes’ was produced by Robbie Kelman who fronted The Dripping Lips in Brussels where the track was recorded. Since these recording sessions took place Sam Jones went on to join a re-formed version of (Robbie Kelman’s) The Kinky Beats for a short period along with The Voice Belgique quarter finalist Belinda De Bruyn who he formed a short-lived duo with, performing at Wiel’s Renard Noir in Brussels. Angry Town owes homage to the songwriting of Brian James with their cover of ‘New Rose’ recorded in Poland and released as a single on Polish Christmas Day in 2017!

Since 2016 Sam has embarked on 3 European tours as a solo performer playing some pretty impressionable one man shows. Milestones including a support slot for guitar legend Jennifer Batten at Hard Rock Pub Pamela, Toruń in Poland where he has since resided. These shows were mainly focused on his slide guitar playing reflected in the release of two download singles ‘Hell’s Bank Note’ and ‘The Walker’ (not included on this album) in January 2017. 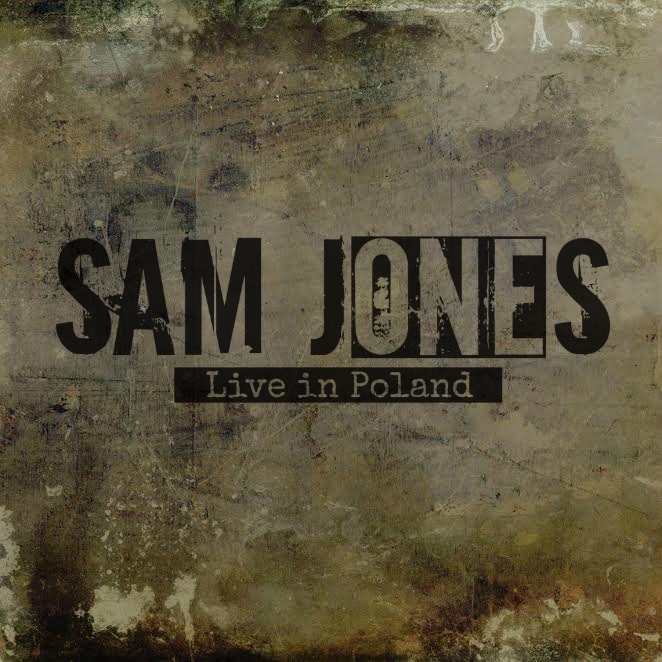 The album features 8 live recordings made in November 2016 during the final leg of the 2nd European tour & is the follow up to Camouflage Records’ first official bootleg CD ‘Live In Europe 2015-2016’. ‘Live In Poland’ will be available at future shows from 17th February to coincide with the first headlining gig of 2017. The album’s purpose was for Sam Jones to introduce himself as a new arrival in Poland & to boost the income from a string of weekend shows around the country. This CD is limited to just 35 copies!

The CD also features 2 additional bonus tracks temporarily available here in physical format. The download singles ‘Hell’s Bank Note’ & ‘The Walker’ were recorded in London the day before his departure for Poland & released on iTunes, Amazon MP3 & Google Play Music one month later on 13th January to coincide with the first gig of 2017 supporting Oil Stains in thier native Poland.

‘Hell’s Bank Note’ & ‘The Walker’ will now be temporarily available in physical format as bonus tracks on a new limited edition CD entitled ‘Live In Poland’. The album features 8 live recordings made in November 2016 during the 2nd European tour & is the follow up to Camouflage Records’ ‘Live In Europe 2015-2016’. ‘Live In Poland’ will be available at future shows from 17th February to coinside with the first Sam Jones headlining gig of 2017.

‘Hell’s Bank Note’ & ‘The Walker’ are available to download from iTunes, Amazon MP3 & Google Play Music on 13th January to coincide with the first Sam Jones gig of 2017 supporting Oil Stains in Poland. 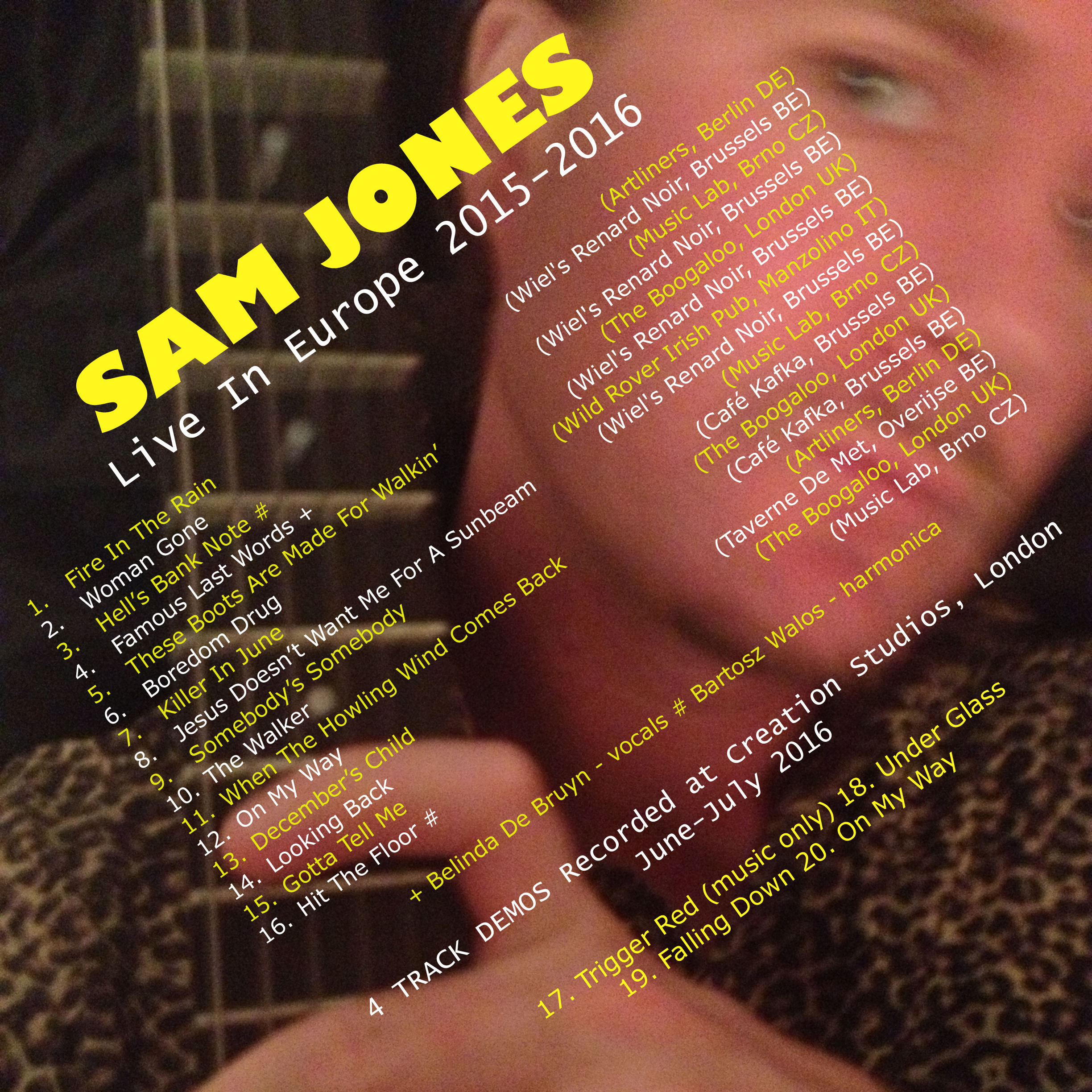 This collection of mobile phone recordings was made at small venues across Europe. All the tracks were picked from performances made during the 1st European Tour in April 2016 as well as a couple of Belgium gigs & warm up shows which took place in London.

The last 2 years has seen Sam Jones make the transition from a recording artist playing the occational gig, to a travelling live solo act. As a result this album includes several tracks which have not yet been given the studio treatment & gives an incling to the style of his upcoming official debut album.

As the album’s original concept was solely for upload on Soundcloud (to promote his 2nd European Tour in October/November 2016) it has been limited to just 50 copies on CD, which were on sale before & during the tour. The CD also features 4 additional bonus tracks recorded on a multitrack cassette recorder during summer 2016.

The album in its entirety has now been removed from Soundcloud although specific tracks are still available to hear. 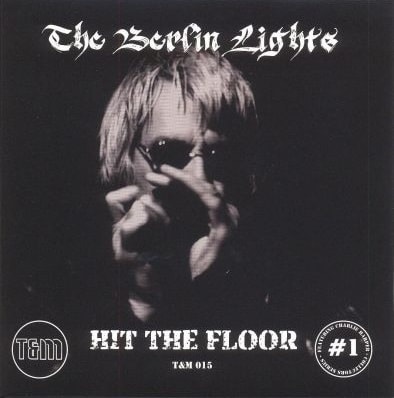 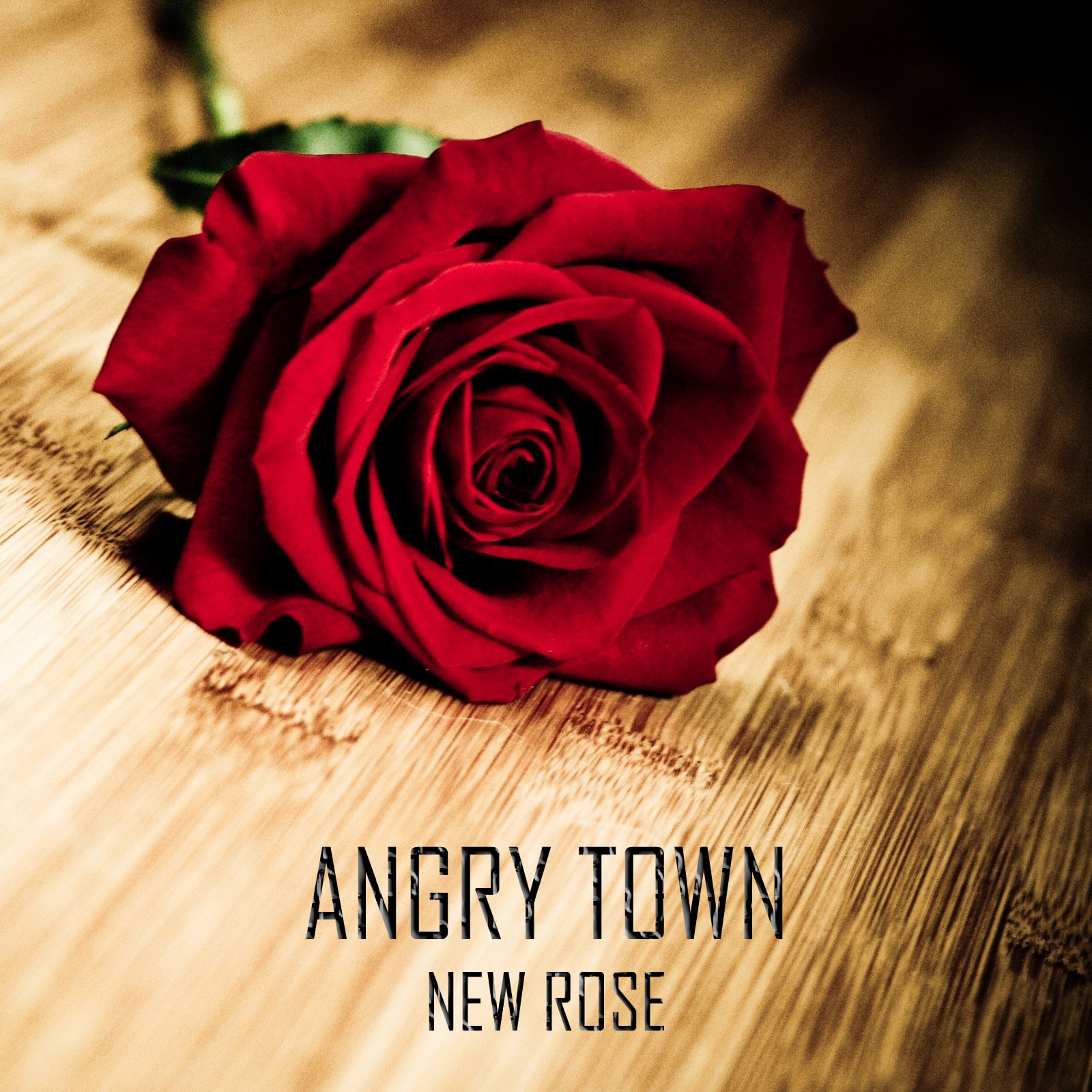 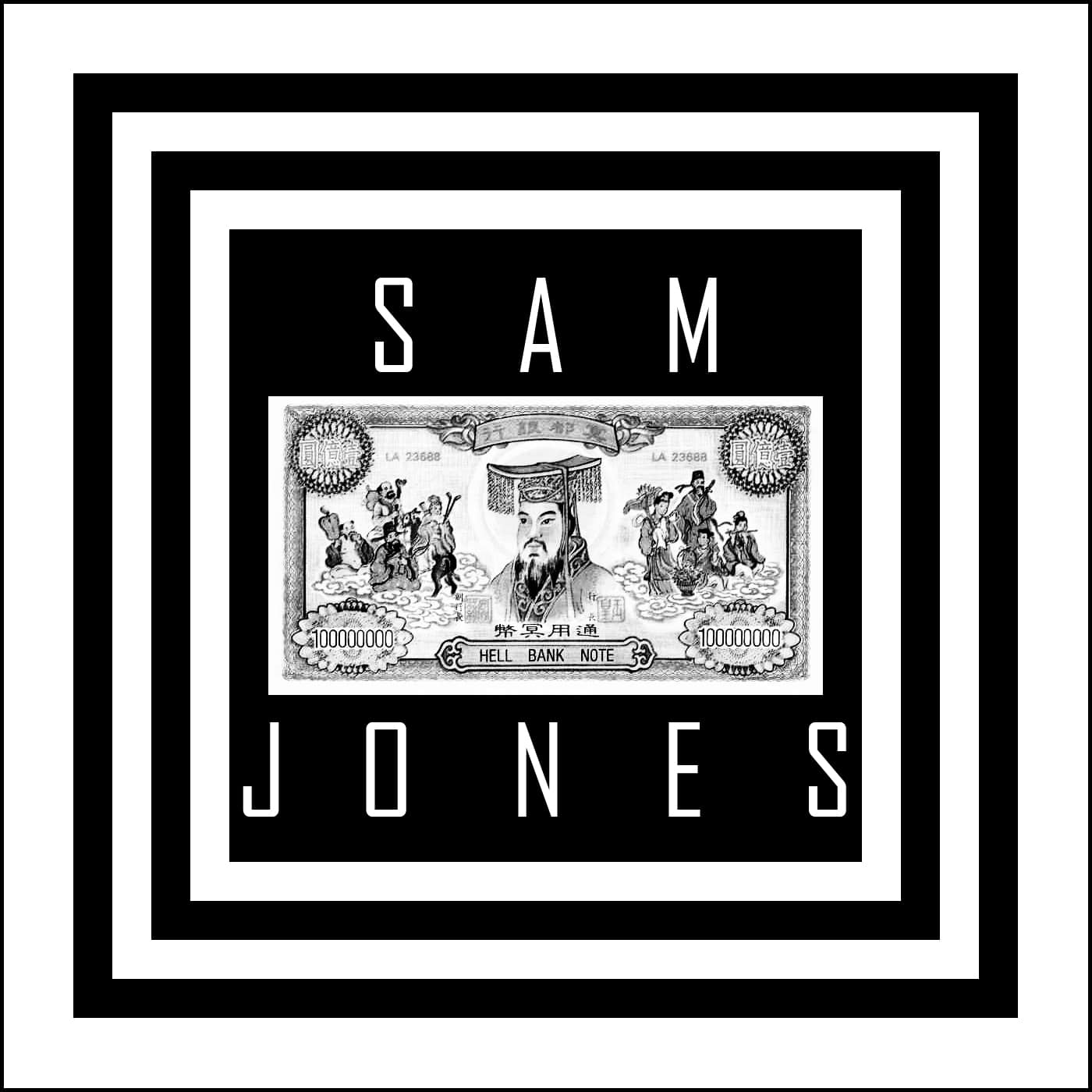 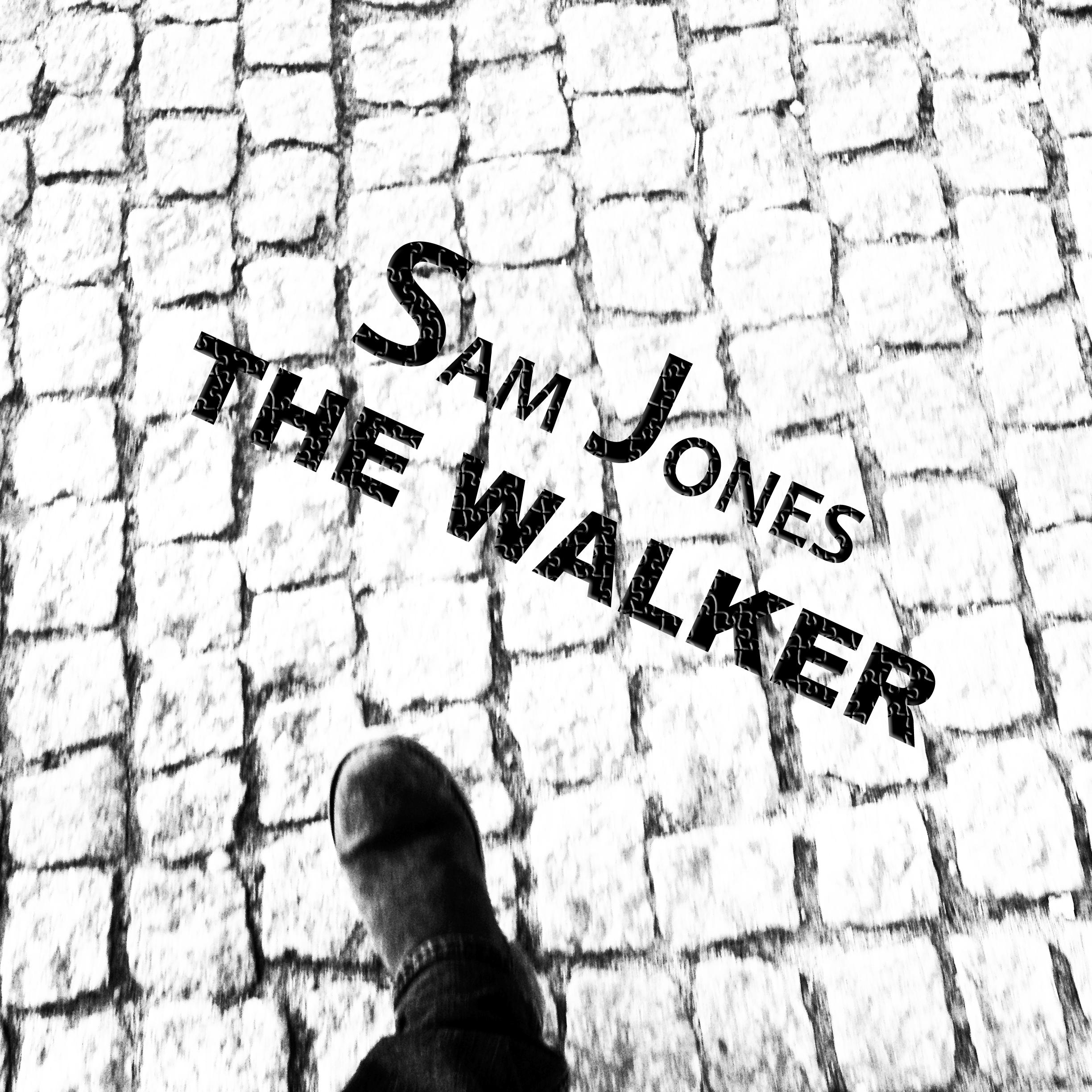 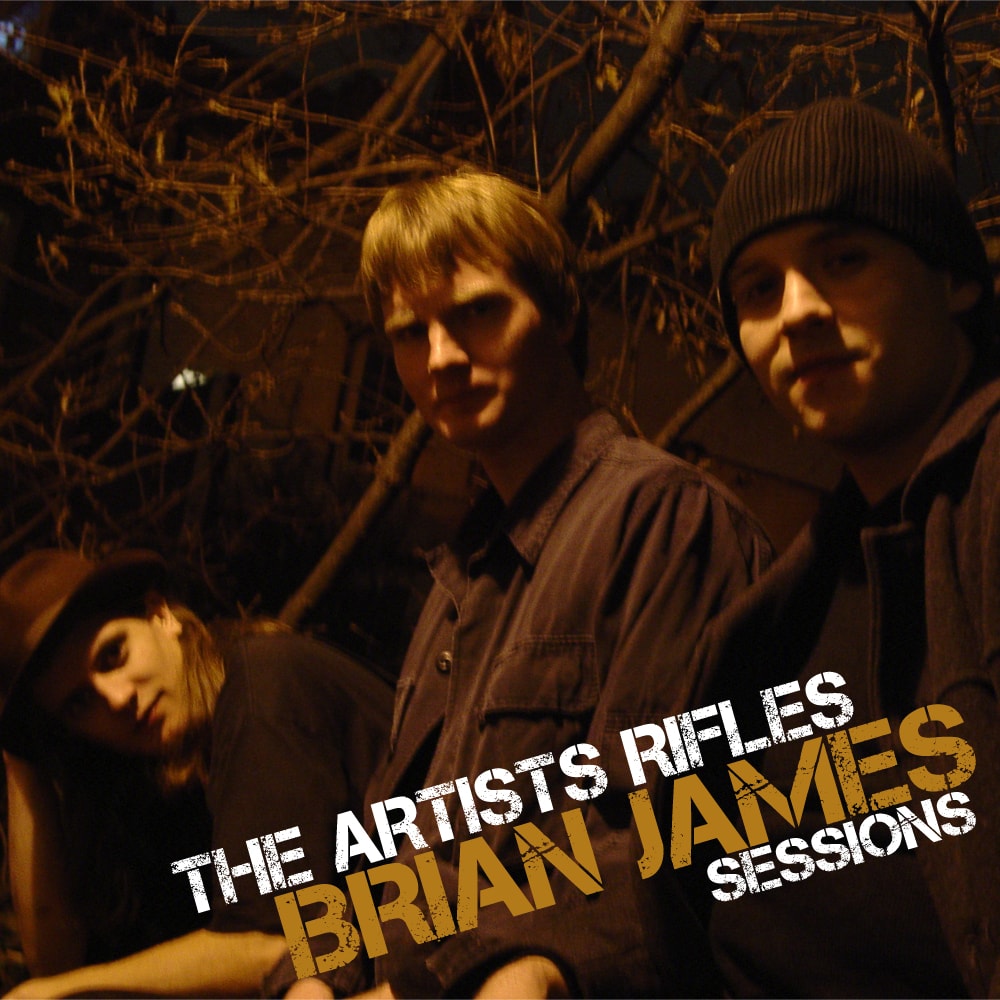