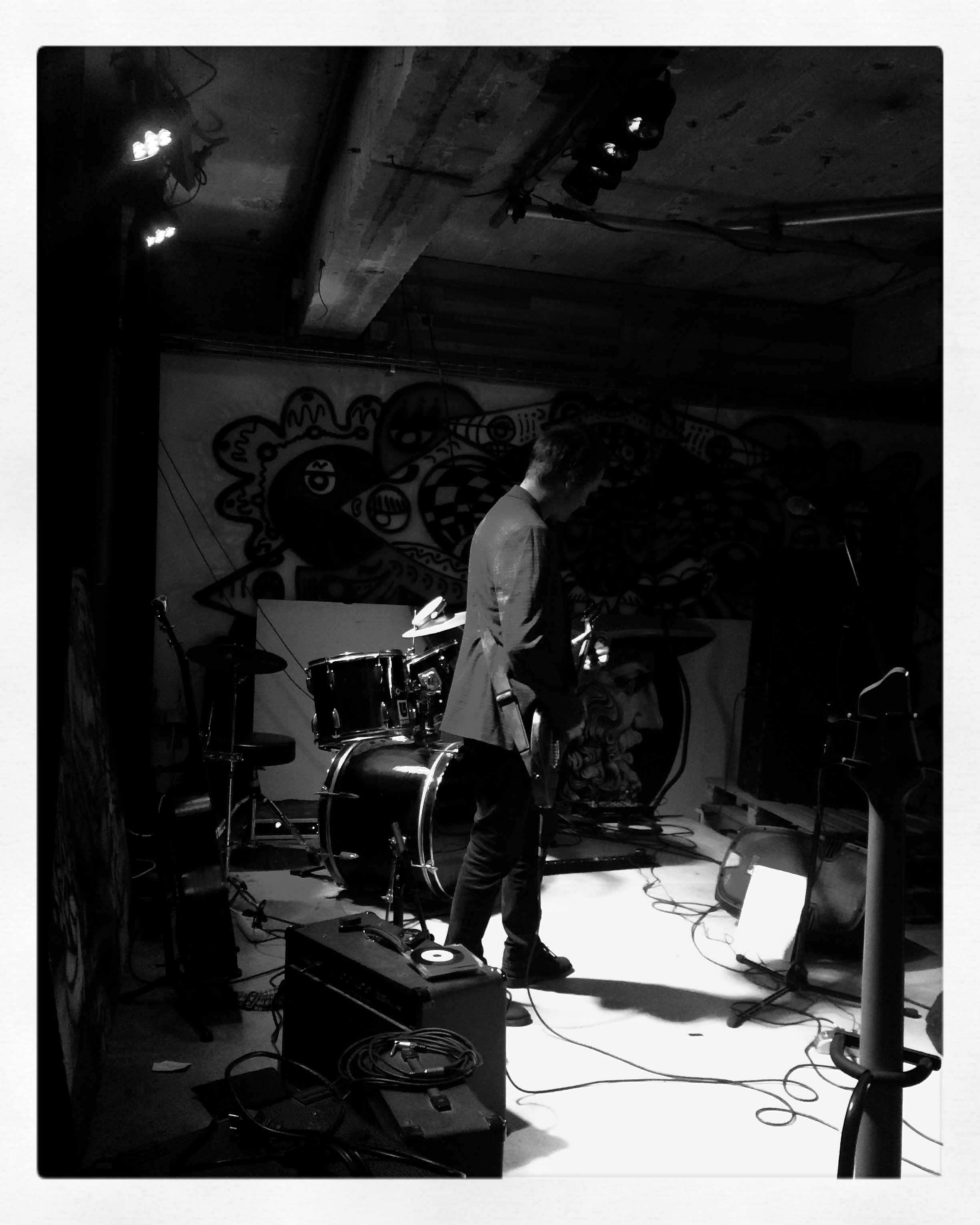 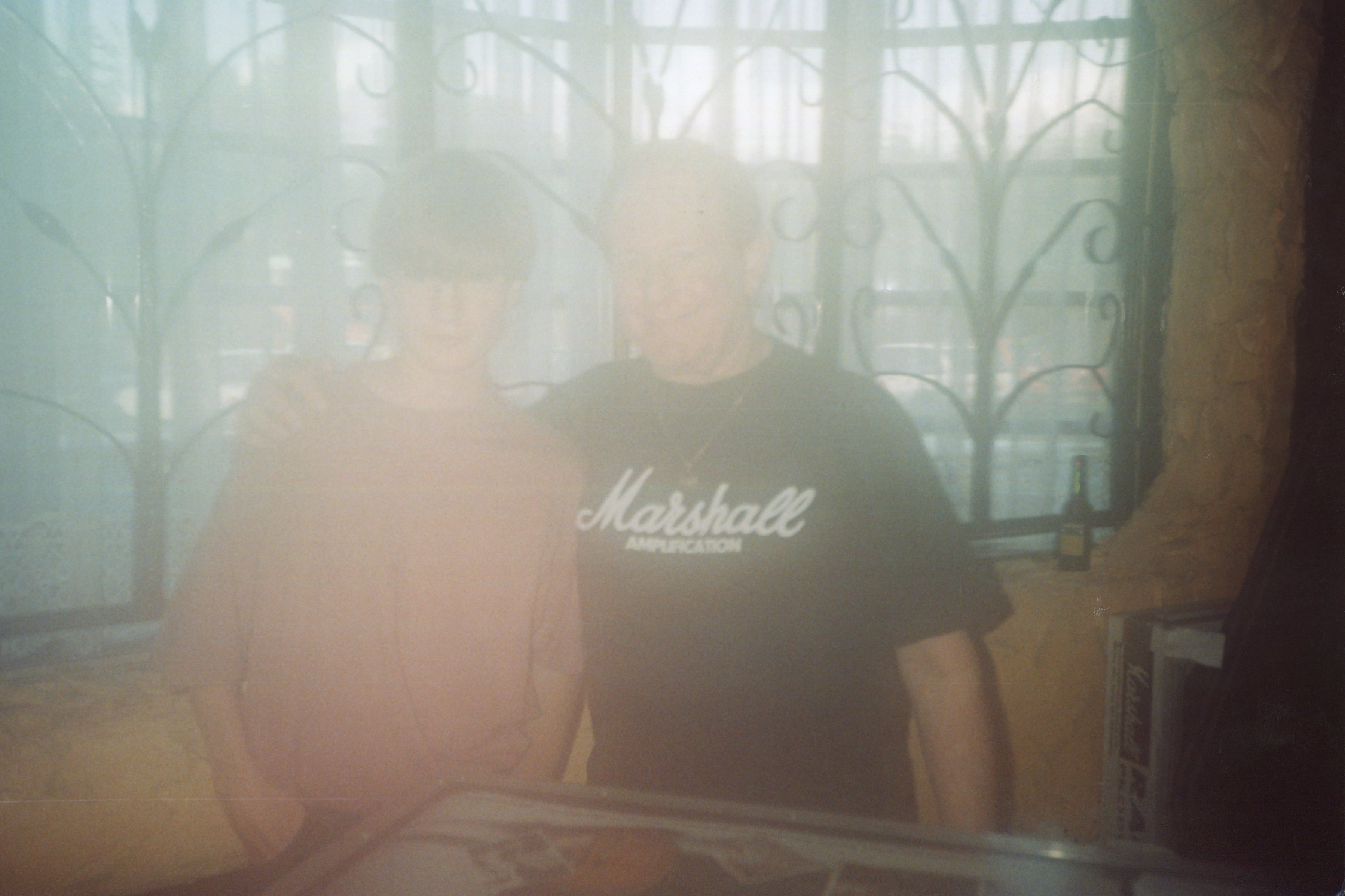 Where on earth do I start talking about this journey? a journey that has led me to write all the songs which have become standards in my LIVE set. ‘Fire In The Rain’, ‘Hit The Floor’, ‘Somebody’s Somebody’, ‘The Way She Is’, ‘The Walker’, ‘Looking Back’, ‘Boredom Drug’ AND ‘Pay Your Dues’. Some took minutes while others didn’t come so easily.

I’m not a typical musician these days; I don’t smoke, I don’t drink (sometimes for a year at a time), I like wearing a suit AND having the occasional skinhead. I HAVE VERY LEFT-WING AND RIGHT-WING VIEWS. I hate the typical musician’s conformity to a certain lifestyle & certainly don’t want musicians as company FOR THE MOST PART!

The terms ‘punk’ & ‘alternative’ grate against me & have presented me with the most small-minded people I’ve ever met. Unfortunately these are the terms I am also associated with as an artist. I have to say I love punk, I absolutely love it! Just don’t box me in!

I’ve roughed it, I’ve lived a minimal life like a gypsy at times, I’ve learnt to be resourceful. The older I get the more I realise how much of the genuine article I apparently/seemingly am/have been in an industry built on fakery, insincerity tweaked embellished biographies & lies. compared to my pears who build aI’ve never took the time to analyse it all until I started building this site. We all have a story & we could all write a book. This year I’m 40 years old & it’s time to tell my story & it is a story worth telling.

WHILE I WRITE THIS I HAVE STOPPED PLAYING GIGS, STOPPED CHASING MUSIC VENUES, STOPPED HAVING PHOTOSHOOTS. ALL I’M DOING IS GATHERING AND ARCHIVING 27 YEARS OF MUSICAL ACTIVITY FOR THIS WEBSITE WITH THE INTENTION OF NOLOGER HAVING TO JUSTIFY MYSELF TO ANYONE AGAIN. 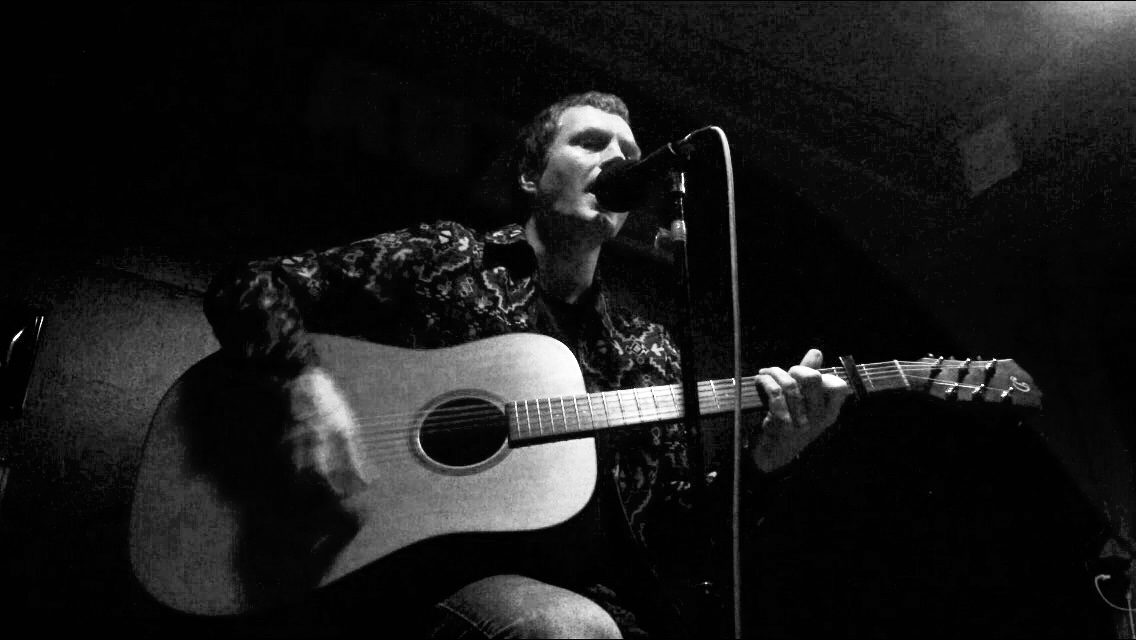 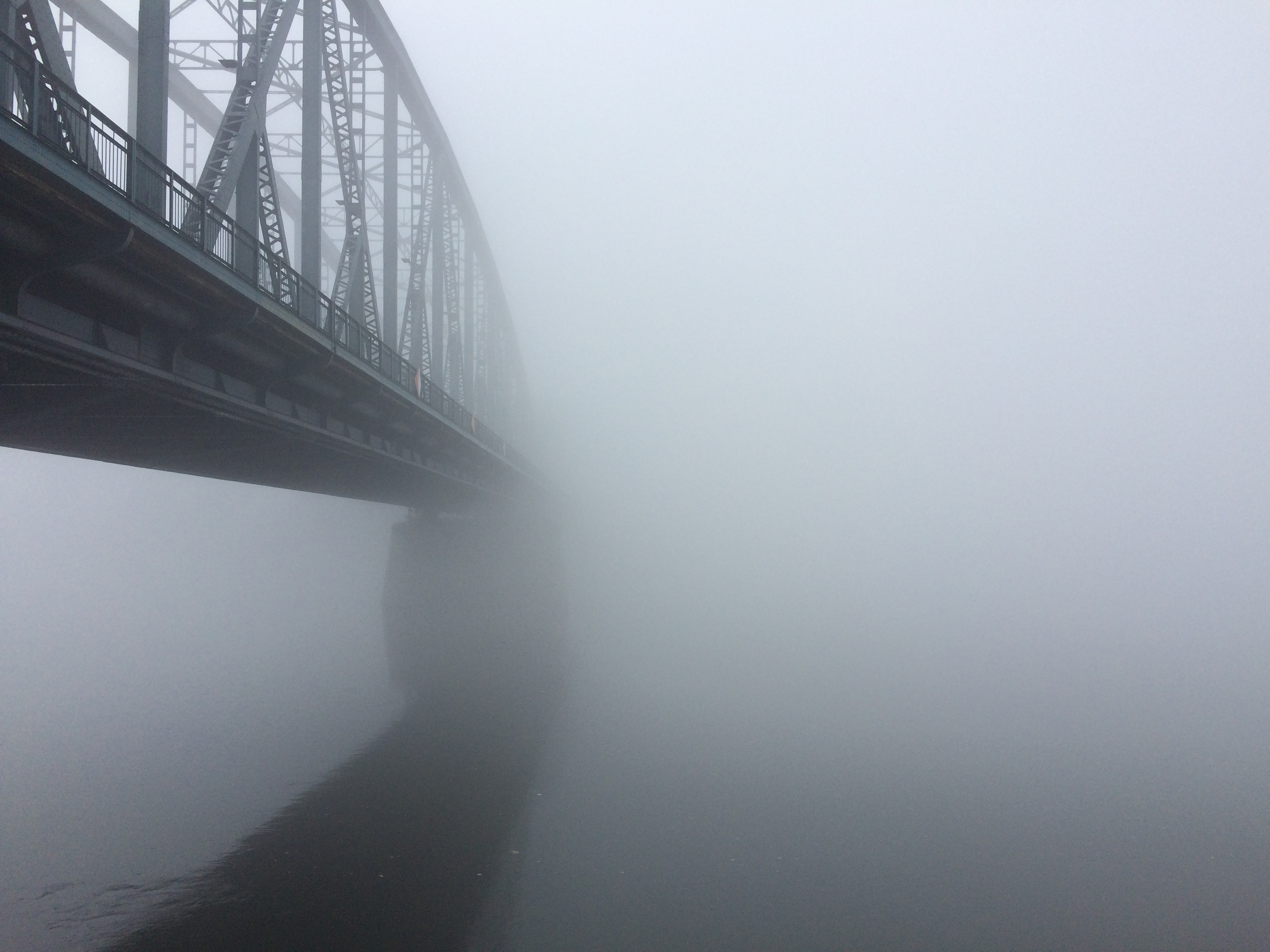 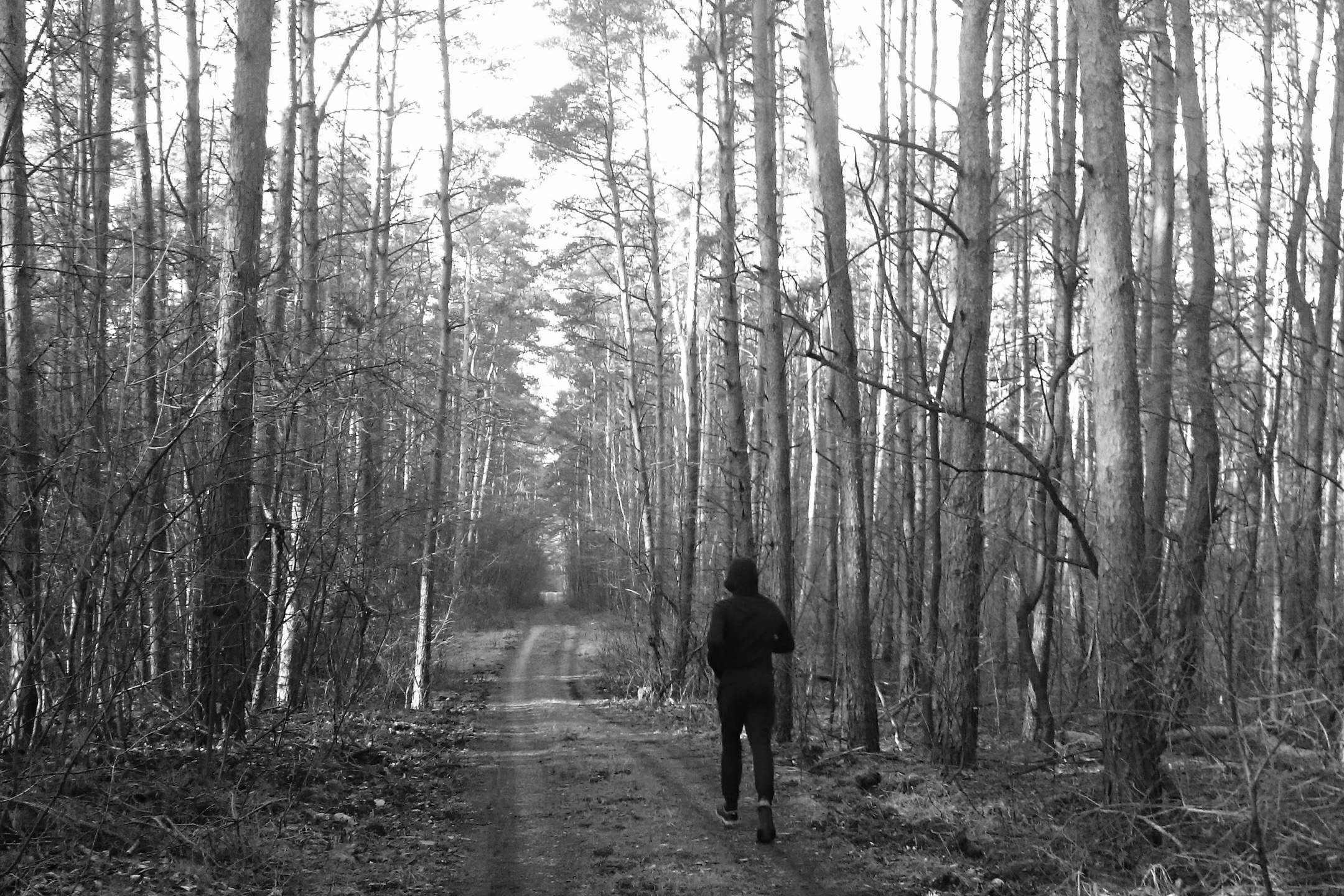 For me 2016 took on a massive shift which I’m still feeling the effects of to this day. In fact I’ve got such clear memories of the past 3 years & so much has happened I wanted to start writing this as a new section. I’d had a couple of months of instability I moved into a bnb just minutes from Camden Town. I had my own room with a TV, clean towels & bed sheets whenever I needed them, a washing machine & shared kitchen. I’d spent a couple of nights there when I had nowhere else to go. it was colourful place with a continental feel ran by Italians. It turned out they did long-stays so I jumped at the chance to sign a contract. I was able to get help with paying the rent. Wherever I was living or staying I’d always get my yoga teacher to come & visit. It wouldn’t matter if it was a crummy hotel room or a place I was renting. This place was no exception & I made use of Hampstead Heath on my doorstep where I could get off the pavement & run up & down the steep hills & look above the city from the edge.

Fortunately on his return & after chasing up a fate meeting with Charlie Harper of UK Subs which happened on a tube train to Leicester Square, London in Summer of 2006 in 2007 Sam Jones ended up playing a session on Slide guitar (& backing vocals) for a project titled Charlie & The Truckers on a cover of the Hank Williams classic Move It On Over which will hopefully see the light of day in the coming years. The track was recorded at Studio Bullitt in Cranbrook near Tunbridge Wells, Kent owned by PJ original drummer with the Anti-Nowhere League who also played drums on & produced the track, original UK Subs bassist Paul Slack was also there to fill in on bass. Paul Slack & Charlie Harper hadn’t played together in 30 years & Sam Jones was there to whiteness it all which sparked-off the UK Subs original line-up reunion shows later that year. A Fiddle was later added to the track by Craig Stratton a classical violinist who’s CV includes playing on the Julian Cope album World Shut Your Mouth.  Sam Jones was christened Sam Foden for the band by Charlie Harper.       Sam Jones continued to work with PJ & the pair co-wrote a track intended for ‘The Truckers’ project with the working title Catch, Catch, Catch The Train only a very rough demo was made to a drum machine before it was passed on to the other band members.  He also helped out on a few of PJ’s sessions ironically on a track written by PJ called Charlie. This working relationship also resulted in a new Sam Jones track called Pay Your Dues which PJ played bass on & Tony Piper from Vice Squad played drums. The track was finally completed at Audio Underground, Stoke Newington & Produced by Malcolm Joseph. Later in the year Sam Jones was re-united with Antonio Sanchez to record a new version of Runaway Wild featuring a snare drum & recorded by Oliver Cox in Stoke Newington.

In early 2007 the new track Nightgirl was recorded at Audio Underground, Stoke Newington & Produced by Malcolm Joseph.  The track featured Antonio Sanchez on Drums (then 16 years old) & Malcolm Joseph on bass. Armed with a short-run of copies of the track specially pressed on CD & featuring a photo on it’s sleeve by Fulvio Pietro Naselli Sam Jones set out to tour Poland cancelling the tour after just 1 gig in Poznan due to a serious case of food poisoning which left him bed-bound & unable to continue in Krakow.  All was not lost though (choosing not to fly) meeting & befriending people on the way such as actress Sarah Pratt on-route in Paris (she had starred in French cult films such as Brief Crossing).       Songs like Nightgirl where recorded with both electric & acoustic guitars so they could later be played live either way, this was the first time this was attempted & was later repeated with Pay Your Dues. The same year a charity gig supporting Robert Plant at the Journal Tyne Theatre, Newcastle was booked. The gig was later cancelled after only 13 tickets were sold! It didn’t help that Robert Plant was billed as Curtis Little & The Receivers instead of using his real name.

I met Tom whilst on the set of Stardust & he gave me a lift back into London. A cagey character he became a kind of older mentor for me over the next few years. He had been a young skinhead in Cambridge who had rebelled against his middle-class upbringing & co-founded one of the first Oi bands. I helped him through heroin addiction as he broke down in tears in front of me. 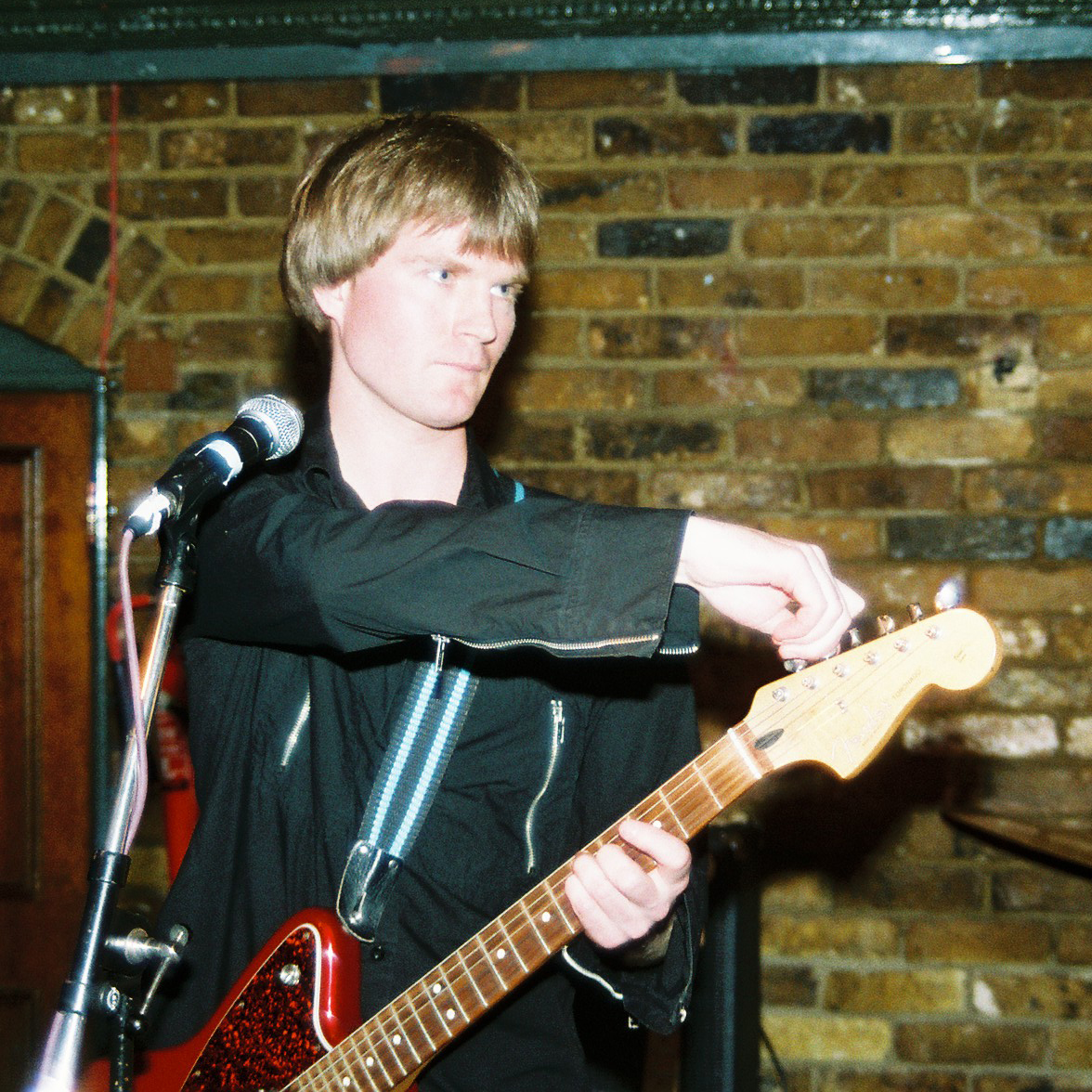 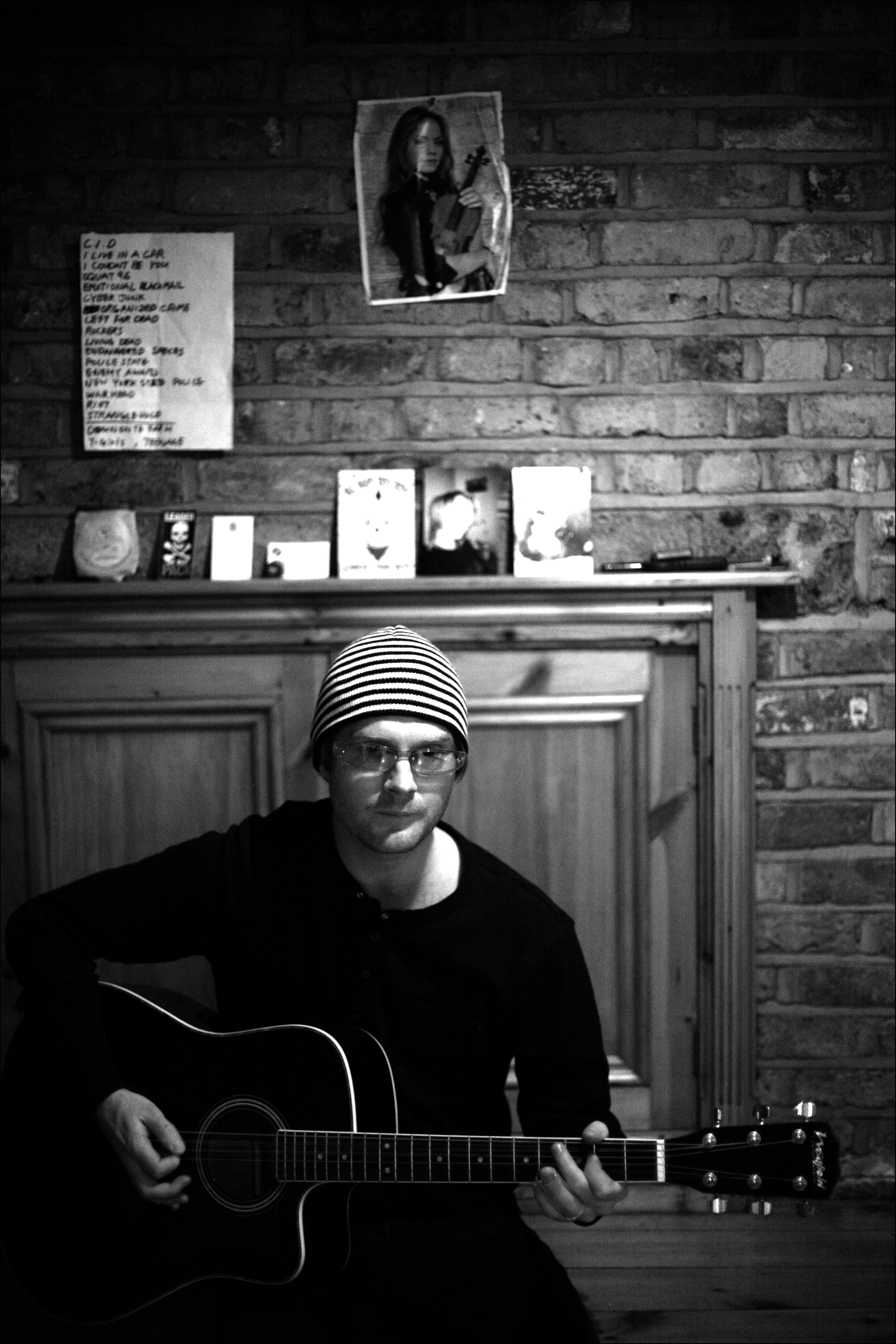 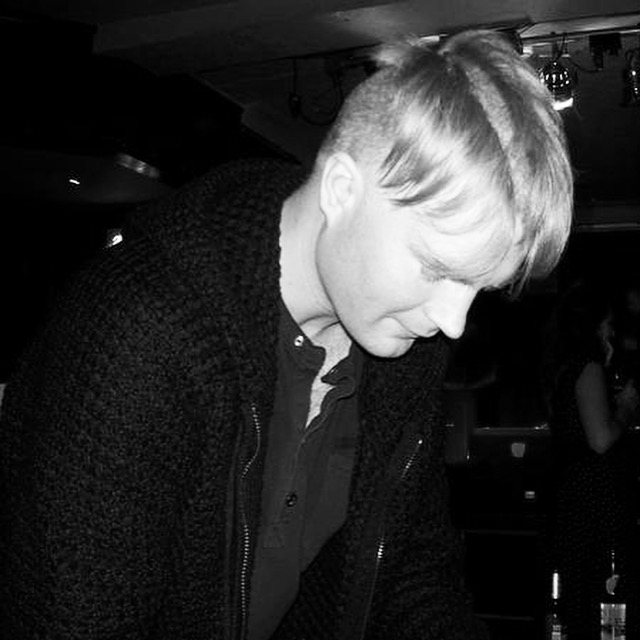 After 3 years of living in Scarborough he left in 2003 followed by a breif stint in Hemel Hempstead before making the move to London & the Scarborough line-up of The Artists Rifles played what would be their last show at The horn, St. Albans in early 2004.  Sam Jones plyed his first London gig at Notting Hill’s Blagclub before a new Brighton based line-up of The Artists Rifles was formed later in the year to re-record cherry-picked demos that where originally recorded in Scarborough.

In 2002 a new short-lived 4-piece version of The Artists Rifles emerged with a second guitarist Simon James. Sam Jones didn’t play a single performance this year but spent most of the year recording demos of the likes of Fire In The Rain, The Way She Is & Baby Doll which was the only track to feature the guitar playing of Simon James.  Also this year a track titled Dark Arches was recorded & featured a violin & viola section which was arranged by Sam Jones.       In 2003 The Artists Rifles go through various drummers while Sam Jones himself took the drum stool in the studio for the early part of this year recording songs such as Aspect Of Love & Ghost Of Eve before recruiting then drummer with Stoner Critics, Gordon Francis from Oxford who stuck around on-loan until early 2004 & recorded the demos of I’m Down When She’s Down & Boredom Drug at Sunshine Studio, Scarborough.  He also played several gigs including The Pickwick & Murray’s Music Bar, Scarborough.

After making the decision to become a solo artist in 1998 Sam Jones singer, songwriter & guitarist has written, recorded & performed almost constantly for the last decade. He played his debut solo gig as Sam Jones near to his hometown in Chester at Telfords Warehouse, a place that became Synonymous with testing the waters for a while. The set for the evening included the songs Did I Tell You? & Secret.       Most remembered for founding Goth-garage outfit The Artists Rifles with whom it’s various line-ups has enabled Sam Jones to showcase his songs both as live performances & in the studio as a band or even ‘as though a band’ sometimes resorting to playing drums or bass himself on early drafts of songs.